[Lithography giant ASML: net sales of about 3.5 billion euros in the first quarter] 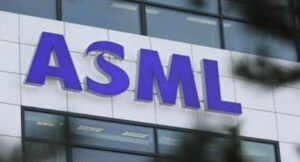 On April 20, according to Taiwanese media, ASE, the leader in semiconductor packaging and testing, announced that it will continue to expand its investment in Taiwan, spending NT$1.325 billion to cooperate with Hongjing Construction to build the second park of the Zhongli Factory, which will be used to expand IC packaging and testing production. Line, the new plant is expected to be completed in the third quarter of 2024.

The news was announced by Dong Hongsi, Chief Financial Officer of ASE, at the company’s major information briefing a few days ago. However, ASE did not disclose the future investment amount of the new plant, which is estimated by the industry to be more than NT$10 billion. 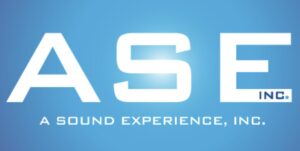 In order to curb the spread of the new crown epidemic, Kunshan has tightened the movement control again. In this regard, according to Taiwanese media “Economic Daily”, PCB manufacturers pointed out that the current sealing control has a great impact on transportation, and closed production is actually a reduced load production. Another problem is the speed at which raw materials are obtained, which will also interfere with closed production. .

PCB manufacturers say that the second quarter is already a low season for PCB consumer applications, but it is estimated that even if the client works overtime to clear inventory after the resumption of work, it will still be difficult to fully recover in the short term. It is reported that China Taiwan Nanya Circuit Board, Taiwan Optoelectronics, Jialianyi, Nandian, Jingchengke, Zongge Precision, Dingying, Yuanyu, Telu, Baicheng, Jingguo (Jinglu Electronics) and other PCB manufacturers are in Kunshan. All have factories. 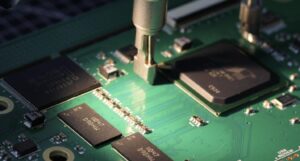 On the evening of April 20, the Financial Associated Press quoted people familiar with the matter as saying that after ON Semiconductor closed its global distribution center in Shanghai, it will distribute goods from the three major factories in China through the Singapore (SGDC) distribution center.

Earlier, it was also mentioned in the notification letter issued by ON Semiconductor that Chinese goods have begun to be transferred to other ON Semiconductor sub-regions to ease capacity constraints and help reduce the impact – such as distribution centers in Singapore and Manila, Philippines

Operators refer to providers that provide network services to our daily lives. The ones that everyone in China are... read more

What are EPON, GPON, 10G EPON, and 10G GPON, and what are their differences?

To understand EPON, GPON and other networks, we must first understand what is a PON network? PON (Passive Optical Network): A... read more

On December 14, Quectel officially released the high-end 5G smart module SG560D, which integrates AI and 5G, and has... read more

On the 5G toB road, there is another exciting news! Recently, the industry's first multi-park 5G+MEC jointly built by China... read more

AAS (Active Antenna System), an active antenna system, can be seen as a combination of RRU and antenna, which... read more

AAU (Active Antenna Processing Unit) is a new type of equipment introduced by the 5G network framework, and has... read more

According to foreign media reports on May 6, Nokia has launched a Femtocell indoor small mobile base station that... read more