According to a report on the telecompaper website on June 22, officials of the Portuguese Interior Ministry recently announced that the Portuguese Integrated System for Emergency and Safety Network (SIRESP) will receive 150 million euros (about 3.6 billion yuan) in investment over the next five years to improve its performance and Stability, of which 75 million euros will be raised from an international public tender. 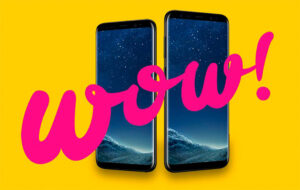 The SIRESP network is based on TETRA (Terrestrial Trunking Radio) technology, which is common to all European countries and complies with existing European standards established by ETSI (European Telecommunications Standards Institute). Officials in the country said: The SIRESP network is an emergency communication network used for command, control and coordination in emergency situations, and it can now respond to the needs of more than 40,000 users simultaneously. This time they plan to further improve its performance.

What is a TWS Bluetooth headset?

The most popular on the market in 2018 is the TWS Bluetooth headset. What is a TWS headset? What... read more

5G deployment costs are high, it is better to switch to virtualized vRAN

Following the commercialization of 5G from 2019 to 2020, 2021 has become a critical year for accelerating 5G development.... read more

On December 15, Quectel announced the launch of a new generation of flagship Android smart module SG865W-WF, and will... read more

5G will bring a new revolution in IIoT

On Nov 18th, Together with our partner Qualcomm and Ericsson, SIMCom held a 5G webinar 'IIoT Revolution in 5G... read more