First of all, let’s first understand the advantages of 100GQSFP28 optical module: 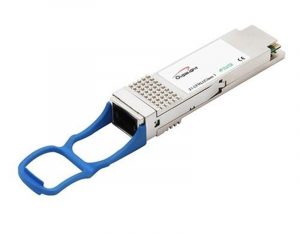 1: QSFP28PSM4 optical module is a high-speed, low-power product, with a hot-swappable QSFP appearance, built-in digital diagnostic function, and 8 optical fibers, each with a data rate of 25Gbps; 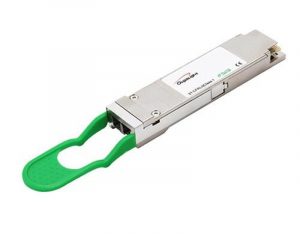 100GCWDM4 is also a multi-source agreement (MSA). The 100GCWDM4 optical module introduces WDM technology and adopts a duplex LC interface. When used with a single-mode fiber, the transmission distance can reach 2km.

The 100GQSFP28CWDM4 optical module can be directly upgraded from 25G to 100G without 40G, which greatly reduces the cost of the wiring system.

What does AI spectrum battle mean for 5G?

Using AI to control traffic congestion, under the sweeping tide of the city’s intelligent transformation, everyone must have heard more or less. So, use AI to manage invisible data highways? That’s right, it refers to the same fiery 5G construction. Today, most readers may already understand... read more

[China, Shanghai, April 24, 2019] The 2019 Huawei Global Financial Summit, with the theme of “There is a core, smart finance”, was grandly opened in Shanghai today. More than 2,000 domestic and overseas financial customers, partners and industry experts from Deloitte, Industrial and Commercial... read more

From letters and telegrams to today’s mobile phones and computers, throughout history, different communication methods carry unique memories of the times. Over the past 30 years, the evolution from 1G to 5G has brought back a magnificent history of mobile communications. 1G: The Age of... read more

What is ONT? ONT (Optical Network Terminal) is an optical network terminal, commonly known as an optical cat. It is a device that provides home users with access to the network. It can provide high-speed Internet access, IPTV, voice, and WiFi services. Difference between ONT and... read more

In the current Internet of Things era where all things are connected, more and more devices are connected to the network. While bringing many conveniences, it also puts forward higher requirements for network security. With the large-scale commercialization of 5G, a large number of... read more

How to make a VOLTE call

VOTE basic process Mobile communication is a huge system project. To make our mobile phones and mobile phones make smooth phone calls and access the Internet, few of us know how ordinary mobile users communicate with mobile phones. For this reason, we This lovely group... read more